The European Day of Languages

I love, love, love, loooooove the 26th September. This is because it is the official European Day of Languages (EDL), which, since 2001, has been ‘jointly organised by the Council of Europe and the European Union’. The day involves millions of people across over 45 countries who carry out activities to celebrate linguistic diversity in Europe and promote language learning, both inside and outside of educational establishments.

In July 2017, I was coming towards the end of my NQT year and had recently started at a new school. Just as I thought I was getting an easy-ride, I was tasked with organising the events for the European Day of Languages. I was told that the day hadn’t really been a priority before and therefore events had been pretty low-key in the past. Knowing that the EDL was a brilliant opportunity to showcase languages and our department, I diligently spent hours browsing the web and came up with so many great ideas that I wanted to implement. After having a meeting with my HOD (Head of Department), she suggested leaving some of the events until the following year. I listened to her wise advise, but still planned a heck of a lot! Although the events for the European Day of Languages did take quite a lot of time and preparation, I really felt that the time was well-spent and the stress was worth it. Mainly because the aims of the ‘official’ day were met, and the students still talk about it, nearly a year on.

Watch me explain all the things I did to run a very successful European Day of Languages here.

The Final Events for The European Day of Languages

How else was the European Day of Languages promoted?

The entire programme for the European Day of Languages was announced in a whole school assembly, which I led, alongside my HOD, on an autumn morning, last September. It was a nerve-racking experience, but I really enjoyed standing in front of the whole 1,000+ members of the school, getting the opportunity to promote languages and persuading them all what a great cause the EDL is! I also re-iterated key points in our whole-staff briefing on the actual day of the European Day of Languages, as well as putting posters up around the school to promote the events as much as I could.

Click on the button above for a copy of the PowerPoint that my HOD and myself created (first slides were created by my HOD, second set of slides by me), as well as the EDL promotional poster I created. If you are interested in any of the resources that were used for the day last year, leave me a comment.

EDL really is a great opportunity to promote languages in an age where many people are finding international languages less of an asset, so it would be great to hear how you have embraced the 26th September this year. TELL US BELOW!

For more tips and ideas to celebrate, check out the ‘Official’ Website for EDL.

Using Target Language for Progress in the Classroom

Why Learn Languages? Ideas For Students!

Hi! I’m Sabina – an insanely passionate, qualified French and German teacher and tutor, as well as an experienced EFL teacher. I have over 13 years teaching experience in private, online, secondary and further education settings. I LOVE TEACHING LANGUAGES AND SEEING MY STUDENTS’ CONFIDENCE IMPROVE!

Treat Me To A Cuppa?

I create all resources and on average, they take 5 hours to prepare. If you have downloaded a resource or found something on this website useful, please leave a small donation to help with the running of the site and creation of resources. Every penny helps! Thanks in advance  – Sabina

15 Helpful Last Language Lesson Ideas Before Christmas For Tired Teachers here: https://tinyurl.com/y9am7hn2
Have you tried them?

Thank you @_MissieBee for the relative clause trick. It came in very handy with my Year Fours this morning. 😊

🥳SO PROUD of my 🇩🇪GCSE/iGCSE German, 🇫🇷French and 🇩🇪A-Level German tutees this year!

Fancy buying me a cup of coffee? 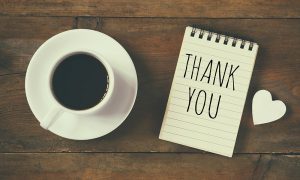 If you download the resource below and find it useful, please consider leaving a small donation (through PayPal).

This helps me to maintain the website and continue uploading my resources to share with you. Every penny helps.

Thank-you so much in advance for your generosity!
- Sabina (aka 'The Ideal Teacher')