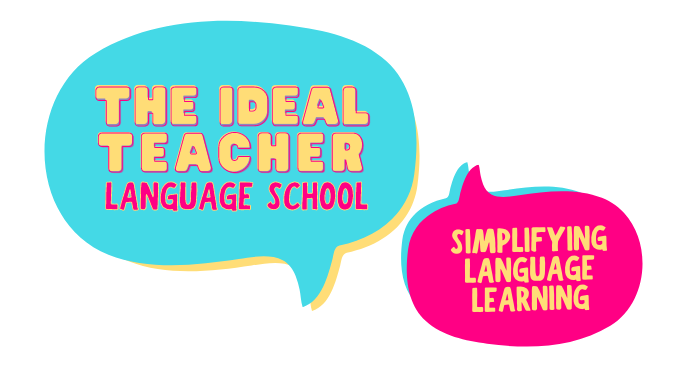 Teach German With An Awesome First German Lesson for Beginners

I am in love with the German language and I absolutely love teaching first German lessons. However, I can kind of see where the quote is coming from. German can definitely be seen as a harsh language. So, in this post, I’d like to give suggestions on how to present the German language as more of a hug, rather than a stab in the back!

In the past, when I taught German in secondary schools, the first German lesson for a beginner was fairly standard. We started by eliciting the words that students already knew and then moved onto greetings.

Whilst that’s definitely a useful starting point,  it’s not a particularly interesting nor a motivating method to introduce new learners to this fabulous language, in my humble opinion. Instead, in the first German lesson, students should feel enthused and be left with the feeling that it’s not such a feat to learn the language, as well as a thirst to learn more.

In addition, nowadays, some students have a lot more German knowledge, after having studied it at primary school and so a lesson on greetings, to begin, could demotivate students who have already covered this topic.

Therefore, I try to mix things up a bit and my first German lesson for beginners, which is perfect for children, teenagers and adults alike. My format for the very first language session is as follows:

Yes, the German language can sound harsh and yes, it does have some complex grammar rules which are rather different to English and some other modern foreign languages. However, as mentioned earlier, a great first German lesson should enthuse the student to want to learn more and help the student quickly pick up tips and tricks, as well as similarities between German and English to make their language learning journey easier.

So, I go for a first lesson based on cognates, patterns and the basic differences between German and English to make the lesson accessible, fun, but also to show that German isn’t actually that difficult to learn.

In the 60-minute lesson, we cover a lot (vocabulary, grammar, translation, pronunciation and writing) and this is the basic outline, as well as links to two worksheets and a PPT.

Obviously, you may have to pad this out, using your own spin on things, but this works fabulously in my beginner German lesson and helps to show that German isn’t such a difficult language to learn! My students really do enjoy this lesson and so I have attached the adapted resources that I use in the links above. Since I have been using these resources for so long, I can’t credit the original creator, but if it’s you, let me know!

What do you teach in your first German lessons?

The Essential List of Websites To Learn French Online for Students

Reading Summary Challenge with A Twist – Tip Of The Week 8

Hi! I’m Sabina – an insanely passionate, qualified French and German teacher and tutor, as well as an experienced EFL teacher. I have over 13 years teaching experience in private, online, secondary and further education settings. I LOVE TEACHING LANGUAGES AND SEEING MY STUDENTS’ CONFIDENCE IMPROVE!

🇫🇷 Numbers - do you / your students know these? 🤯

🇩🇪 My German husband introduced me to this (edible?!) ‘delicacy’ today. 🤢

Anyone else familiar with it?

✅ Might be a good set of images for discussion when talking about ESSEN UND GETRÄNKE or GEBURTSTAGE with students.

Thought it would be a good time to share this:

A clip from an interview with actor Matt Damon at a teachers rally around 12yrs ago.

His mom (next to him) is a teacher.

He avidly supports us (and he properly shuts down the interviewer 😎).

What are we talking about?