Why Study A Language?

I have been a language student for over 22 years and a language teacher for over 10 years and I often hear the question: ‘why learn languages?’ In this post, you’ll find some background, the benefits of language learning and a free PowerPoint which outlines why people should learn languages!

Why Should People Learn Languages?

It always impresses me hearing people speaking a language that is not their native tongue. I currently have a Business English student who speaks Spanish, German and English fluently. He also works as a successful manager at a well-known luxury car manufacturer. In addition, I have an ESOL student who speaks Italian and French fluently and is working on improving his English to improve his job prospects further.  For these people, the benefits of learning languages are seen through their professional lives and their earning potential. Although many are lucky enough to grow up speaking multiple languages, or learn them to use in their professional lives, not everyone has the opportunity or occasion to do so. So, why learn languages?

How Has Learning Languages Helped Me?

Myself, I speak English fluently, German and French to high levels of proficiency, as well as Gujarati and Spanish. I have been able to use my language skills to travel more easily around the world and communicate with people in other countries. Additionally, I have been able to make friends and maintain friendships with foreign people from abroad. Learning German helped me find a husband (!). I have also been able to earn extra money as a private tutor, earn a good income teaching business English to foreign students in France and Germany, work as a modern language teacher in secondary schools. Learning French and German helped me to complete a degree in languages, as well as be able to read literature in other languages, watch foreign films and understand songs in different languages. It has also taught me to be respectful of, recognise and appreciate the richness of other cultures.

Whilst I realise that not everyone is a language enthusiast or will have a use for languages in their every day life, it’s important to educate. I feel that nowadays more and more people don’t see the benefits of language learning. These people need to be educated on why languages are beneficial and how languages can be useful to your life. I say this based on first hand experience of teaching in schools and students saying: ‘but….Miss, everyone speaks English!. Not only do many students in schools not see the benefit of learning languages, their parents equally don’t. If you wish to promote languages in your school, then why not invite parents and students to come in and educate them on why to learn languages?

How to convince students to learn languages?

In the past, I have done assemblies on the benefits of language learning during the European Day of Languages, but this ‘Why Learn Languages?’ PowerPoint contains a very clear picture on why students should learn languages. You will find quotes, celebrity examples, video clips, statistics and accessible reasons, all of which are clear, concise and highlight the importance of learning languages. Download the Why Learn Languages? PowerPoint now!

Have you seen my ‘why study languages?’ video on YouTube? Here, you’ll find 6 top reasons to share with students.

This article was posted recently by The Telegraph and promotes the top 5 languages to learn for future job opportunities. As it’s linked and a point in my top 6 reasons to learn languages, take a look! It’s nice to see Spanish, German and French take spots 3, 2 and 1 respectively!

73 Questions About The Ideal Teacher

Hi! I’m Sabina – an insanely passionate, qualified French and German teacher and tutor, as well as an experienced EFL teacher. I have over 11 years teaching experience in private, online, secondary and further education settings. I LOVE TEACHING LANGUAGES AND SEEING MY STUDENTS’ CONFIDENCE IMPROVE!

Treat Me To A Cuppa?

I create all resources and on average, they take 5 hours to prepare. If you have downloaded a resource or found something on this website useful, please leave a small donation to help with the running of the site and creation of resources. Every penny helps! Thanks in advance  – Sabina 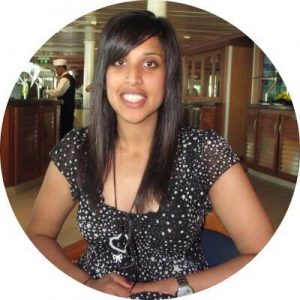 If you download the resource below and it saves you time, please consider leaving a small donation through PayPal.

On average, it takes me 5 hours to make, edit and upload a resource.

Thank you very much in advance for your kind generosity  - Sabina